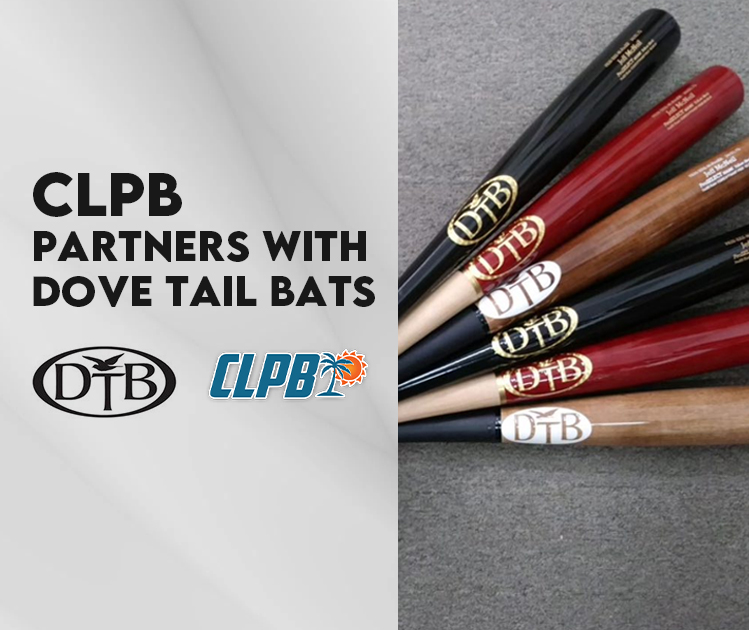 The Collegiate League of the Palm Beaches in Florida has announced a partnership with Maine-based Dove Tail Bats starting with the 2021 baseball season. Dove Tail Bats has been producing baseball bats since 2005 for college, semi-pro and professional players around the country.

The CLPB is a 10-team collegiate summer league that runs from June to August giving college players the opportunity to continue training and playing regular competitive baseball during the off season.

“The Collegiate League of the Palm Beaches is driven to deliver an outstanding player experience and we’re proud to be part of that effort,” said Paul Lancisi, CEO of Dove Tail Bats. “Our team is committed to developing pro-standard bats for players at all levels and we look forward to seeing Dove Tail Bats improving performance at the plate in the CLPB this season.”

“We are looking forward to providing these players with premium quality bats to give them the best chance for success in their quest to achieve their dreams and play baseball at the next level,” said Dove Tail Bats Florida Director of Sales Danny Tufariello. “The CLPB provides players with a competitive atmosphere with exceptional focus on the highest level of developmental processes. Placing the highest value on excelling their players forward in their careers, and Dove Tail Bats is happy to be a part of it.”

Dove Tail Bats has been in the wood business for more than four decades, but started producing baseball bats as a side business in 2005. The quality of the bats combined with customer satisfaction allowed the bat business to blossom, eventually landing the bats in the hands of some of the top players in the game.

“Our partnership with Dove Tail Bats is going to allow our players to swing industry standard wood bats while competing in the CLPB,” said Jeremy Plexico, executive vice president of Prospect Select Baseball, the parent company of the CLPB. “This brings a tremendous amount of value and professionalism to our league. Dove Tail will also provide a first class customer support team and in-person presence to our team owners, coaches, and players over the course of the summer. We look forward to big things in the CLPB with Dove Tail Bats as our official bat partner.”

The first game of the CLPB is Friday, June 4. All games throughout the season can be viewed through the league’s website, clpbaseball.com.

Based in Shirley, Dove Tail Bat Company was born out of Dovetail Cabinetry and Designed Living. The owner’s youngest son was playing baseball in high school and college, and would complain about the quality of the bats. Using Maine wood and Maine know-how, Dove Tail Bat Company came into existence as a result.

After making bats for their son and his teammates in high school and college, Dove Tail started selling bats to men’s leagues around the country and eventually to professional baseball players. In 2017 Dove Tail produced about 30,000 bats, and saw three bats entered into the Baseball Hall of Fame.

More information about the company can be found at dovetailbat.com.