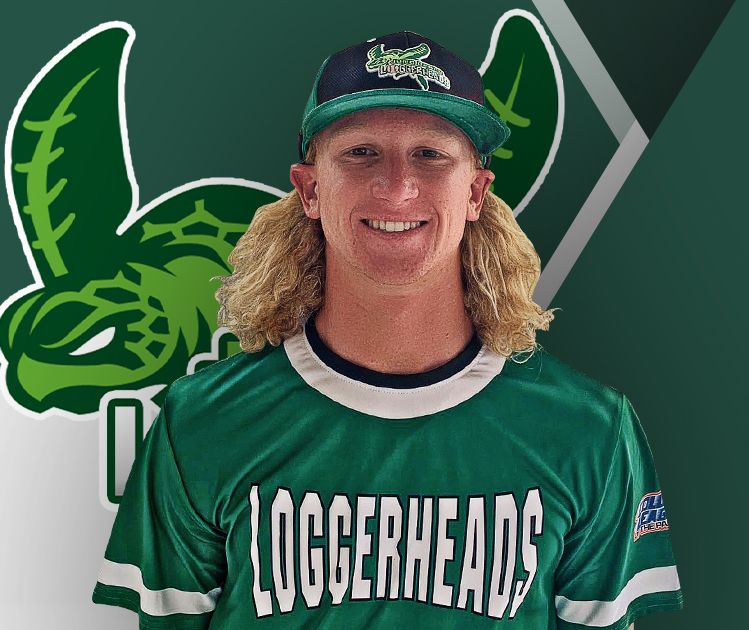 The physical and mental challenges that come with playing baseball can take their toll on players. Juno Beach Loggerheads’ infielder Dakota Gaillard has faced numerous obstacles in his baseball career, from being extremely undersized in his first season at Jupiter High School, to having his verbal commitment turn him away at the final hour. Even with these complications, Gaillard was able to turn it around, finishing high school as a state champion, and working his way into an even better program.

Some of professional baseball’s best middle infielders in the 2000s have been undersized, like Boston Red Sox’ 2B Dustin Pedroia, a four-time Golden Glove winner despite a 5’9” frame, or Houston Astros’ Jose Altuve, the standout player from the Astros’ first World Series Championship while standing at just 5’6”. Going into his freshman year of high school, Gaillard admitted to weighing in at 4’11”, but that was something that he had worked with his whole life.

“I was always undersized, and people say that guys like that usually work with a chip on their shoulder.” Gaillard told me. “It’s one of my biggest factors of motivation… I never let it bother me.”

His size made his recruitment path significantly more challenging. Gaillard didn’t receive as many camp or scouting event invitations than a lot of players around him, ending his junior season without talking to any D1 coaches after hitting just .214 with 8 RBIs for the Warriors. Suddenly, all changed when he was invited to a weekend camp at the University of Notre Dame, an ACC program that has produced numerous MLB players including Baltimore’s Trey Mancini, San Francisco’s Jeff Samardzija, and Los Angeles’ A.J. Pollock, even producing hall-of-fame outfielder Carl Yastrzemski. After a good performance in their camp, the Fighting Irish offered Gaillard a scholarship, and Dakota accepted without hesitation.

“I was ecstatic. I fell in love with all of it, the campus, the facilities, the university during that weekend.” Gaillard says. “I loved everything about it.”

Roughly six months later, in the middle of December 2017, Notre Dame rescinded their offer. Soon after, Gaillard would officially decommit from Notre Dame, leaving him without any college offers with two months to go before his senior season at Jupiter high.

“I was at a low point for about a month or so. I really considered whether I wanted to play baseball [in my] senior year.” Gaillard told me. “I was so dead-set on going there. I wound up getting with my dad, talking it through, and we both came to the agreement that I was just going to make the most out of it my senior year, and we would try to get [coaches from other universities] to come watch me.”

What happened next was nothing short of a miracle for Gaillard and his family. In his senior year, Gaillard took home a place in the 2018 9A-9 All-District Team at shortstop. Dakota hit .320 with 7 extra base hits, 20 runs scored, and 16 stolen bases for the Warriors. After a stunning playoff run, Gaillard would hit lead-off for the Warriors in the 2018 State Championship, scoring once, and helping Jupiter to their first-ever baseball State Championship.

During that season, current Florida State head coach Mike Martin Jr. reached out to Gaillard’s father about watching Dakota play. After taking home the state championship, Gaillard committed to play for the Seminoles in 2019.

“Florida State had always been one of the most successful programs.” Gaillard said. “When you go there, you know you’re going to have a good shot to go to the College World Series at least once, and that was big for me. Not just playing, but winning at the highest level.”

From the second he started working in Tallahassee, Gaillard knew the pressure that he was facing. Dakota was ranked as the 45th best 2B in the state of Florida by Perfect Game, but the talent around him ranked amongst the best in not just the state, but the whole nation. The transition from high school ball to being an undersized student athlete at Florida State led Gaillard to redshirt his freshman season, a decision he was more than ready to do.

Towards the end of the 2019 season, Gaillard was not invited to travel with the team to their regionals. Gaillard acknowledged that the decision was business only, and he did not hold the decision against Florida State, but did ultimately acknowledge that he should move on. Two weeks later, Gaillard officially decommitted from Florida State.

“I needed to make that decision to step away, and see if I really loved the game of baseball.” Gaillard revealed. “I was upset not to be travelling with the team as a redshirt, though of course, they can only bring so many people. I could never hold that against them, but I could see that I needed to move on.”

Next up, Gaillard signed to play for Palm Beach State, a popular JUCO university in Lake Worth. Palm Beach State has multiple players in this year’s CLPB, including Vipers’ outfielder Brannon Mondragon, Marlins’ third baseman Edinson Renteria, and Vipers’ relief pitchers Mark Link and Bryan Ariza. The Panthers have produced many D1 players within the last decade.

“Being able to stay closer to home for this next chapter was a bonus for me.” The Jupiter native said. “I’ve talked to plenty of guys, and they’ve all told me they love [Palm Beach State Coach Kyle Forbes] and his program. A lot of people also told me they liked playing JUCO more than they liked playing D1, so I’m interested to see how that plays out for me… My best option right now is to have a good year, and then go back to Florida State. I proved that I was there in the first place, and I want to prove I can play there.”

In regards to playing in the CLPB, Gaillard knows how important the league is for his development. Gaillard hadn’t played an organized game of baseball since winning that state championship for Jupiter, spanning over two years. Going into week four, Gaillard started eight of the first nine games for the Juno Beach Loggerheads.

“Being in a playing atmosphere right now is huge for me.” Gaillard said. “Just getting back to where I was, having teammates, the league is really helping me get back into the swing of baseball.”

Gaillard and the Loggerheads are currently tied for second place in the CLPB with a 5-5 record. The Loggerheads will look to close week four on top as they face the Palm Beach Snowbirds Friday at 1:30 P.M., followed by a 12:00 P.M. Saturday game against the Palm Beach Marlins.