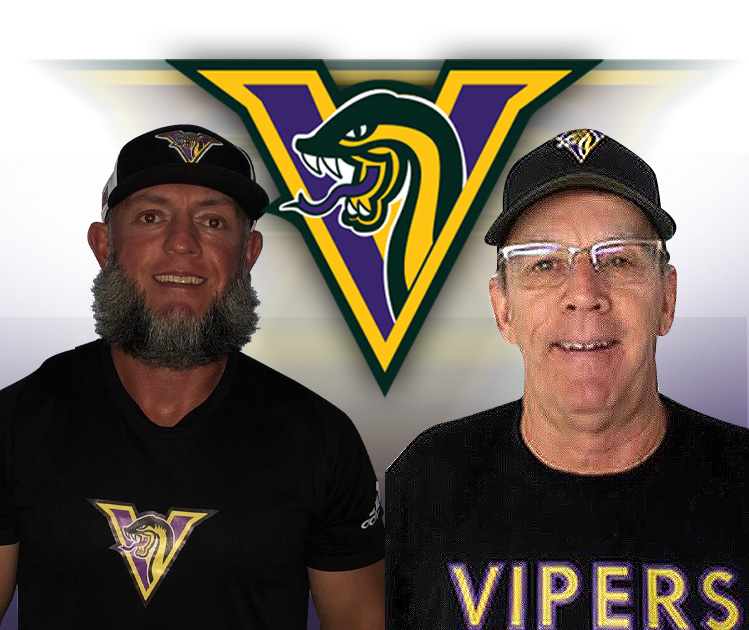 Head Coach Steve Proteau, was born and raised in Danbury Ct. and attended New Fairfield HS. After High school, Steve earned a scholarship to pitch at Norwalk Community College.  After an elbow and shoulder injury Steve was forced to stop pitching. He committed his training to hitting and transferred to Western CT State University where he finished his collegiate career as a Designated Hitter and 1st Baseman.  Steve graduated from Western CT State with a Degree in Psychology and a minor in Sociology. After college, Steve started his coaching career as the hitting coach at Western CT State U. He then moved to Florida where he started V-LO Baseball – training to develop healthy, elite throwers and build confident hitters. He is also the Pitching and Hitting Coach for Centennial HS and Head Trainer at East Coast Baseball Academy in Port St Lucie, Fl. In 2019, Steve joined the Coaching Staff with Vipers Baseball Club where he is the Head Coach of the Vipers Collegiate Team and works with player development with the other Vipers teams

Assistant coach Paul Heckler was born and raised in Pittsburgh, Pennsylvania. In the beginning of Coach Paul’s 60+ yeas of baseball experience, he was a standout pitcher at Central Catholic High School. After High School, Coach Paul earned the opportunity to play college baseball where he went on to pitch for Gannon College in Erie, Pennsylvania. After college Paul went on to play for the US Army Baseball Team while serving our Country and stationed in Germany. After his service time Coach Paul spent 10 years pitching in the semi pro leagues before he began his coaching career. In 1998, He started Coaching High School, Legion Ball and Travel Ball teams and players in Pittsburgh and West Palm Beach (Central Catholic HS, Dwyer HS, Royal Palm Beach HS, SunCoast HS). In 2014 Coach Paul began coaching with Vipers Baseball Club. This will be Coach Paul’s 2nd year coaching the Vipers Collegiate Team.